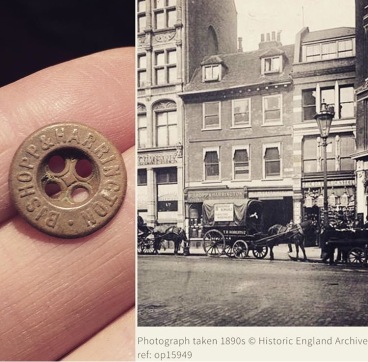 There are many items that my long-suffering, non-larking partner finds it hard to get his head around. Some I can understand; my rookie mudlark days saw me bringing home half the foreshore, including any piece of bashed up glass shard, so long as it had an imprint on it.

Buttons however, especially livery, military and utility buttons, even he can appreciate the thirst for those.       “I suppose this connects you directly to the past, fusing you to someone you’ll never know, or meet, but you’re directly linked”, he said.

That’s exactly what the appeal is.

Not every button is easily identifiable, some military and utility buttons were simply impressed with a generic ‘Double Edge Ring’, ‘Suspender’, ‘Best Ring Edge’, or similar, however, since the latter half of the eighteenth century, makers began to brand their buttons with ‘back marks’.

Of course, once the buttons are up and out of the anaerobic mud of the Thames, the very stuff that preserves them, they are tossed around by time and tide, and can lose their visible marks. Despite this, with a little perseverance, and a lot of primary and secondary research, you can usually get your maker.

Internet Good/Internet Bad, no matter. What the online world offers is means to immediate secondary research. In addition to net scouring, I read actual text from actual books with paper in, plus speak to local people in the area where I made the find. Pieces soon start to fall into place.

The button pictured left was found near Greenwich, and, with a little help from a keen local, we’ve attributed it to a staff member at the Royal Hospital.

Other interesting traceable buttons I’ve found, led me back to Bishopp & Harrington of 69 Eastcheap (shown in the photo at the top of this post), and Parfitt, Roberts & Parfitt, sword makers and military tailors of Jermyn St, more information about them, including them potentially harbouring a criminal, here.

My favourite button by far, and, so far, is from the clothier Edward Grove of Lambeth – it’s my favourite not because of the object itself, but the research it led me to. The branding was not easily legible, but I filled in the blanks and tapped in the information online. Not expecting to find too much, I was happily surprised when a wealth of information sprang forth, including beautiful printed posters stored at The British Library and Lambeth Council. Curiously, there is also a record from The Old Bailey about a court case concerning one of their employees. What is it with tailors and crime?

In 1884, “E. Grove merchant taylor, juvenile clothier, and complete outfitter” was advertising their newly rebuilt premises as “The Lambeth Establishment”, housed at numbers 37 to 41, Lower Marsh, near Waterloo station. Edward Grove catered “An entire new stock of all kinds of clothing for all classes. All prices reduced. Cheaper & better than ever.”

In April 1862, one Richard Paynter was up before the beak at the Old Bailey, accused of stealing a coat from his master, Edward Grove.  Read the full story here. Someone really had it in for Paynter, as he was immediately up again for the same charge, different master, different garment. That story here.

By 1895 E Grove had branched out to mechanics, painters, butchers and sailors clothing, with additional premises at 272 and 274 Edgware Road.

I hope I’ve gone some way to honouring the simple button in so much as piquing your interest, at least. If you find yourself out on the foreshore and pick up one of these beauties, I implore you to delve back into history and see what you can find.

Click through the gallery below for a selection of related images, including the original Old Bailey court proceedings. 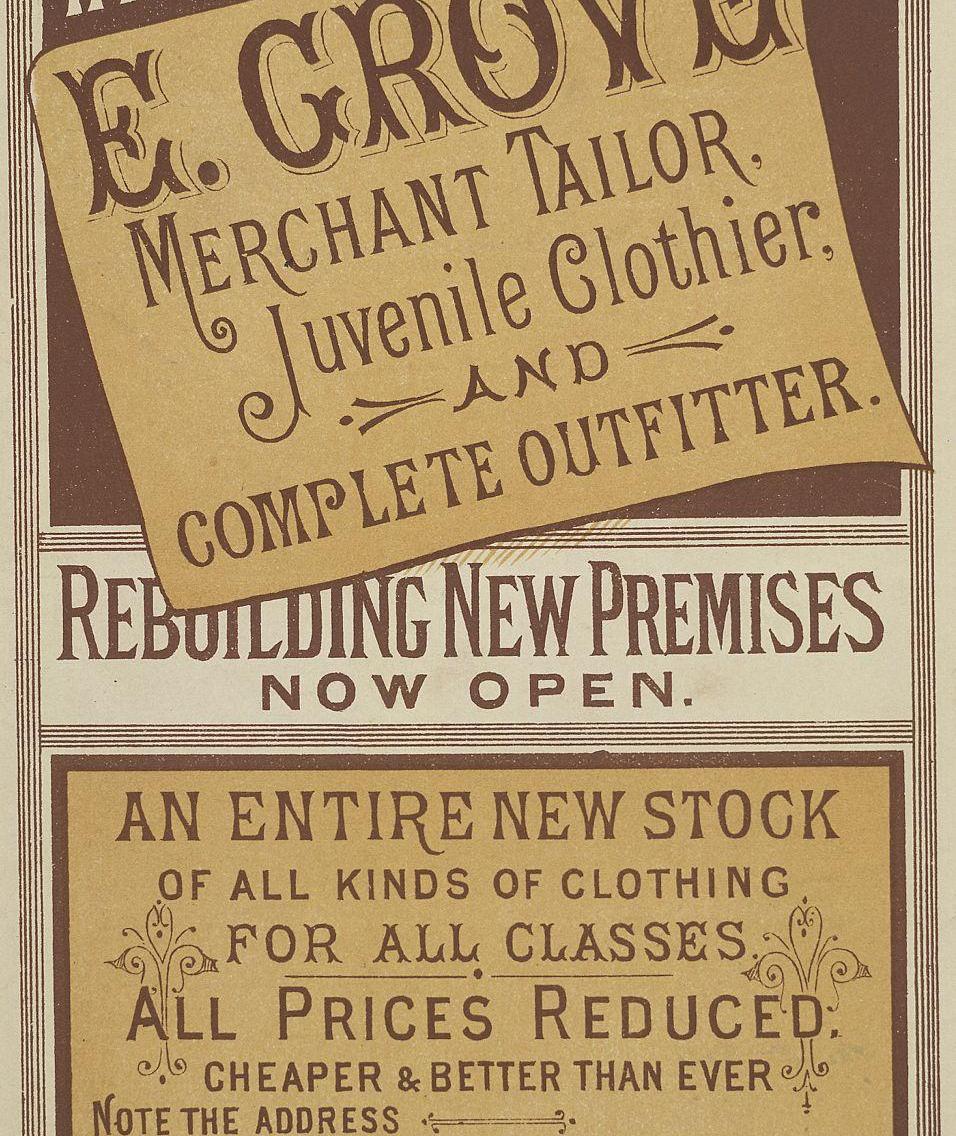 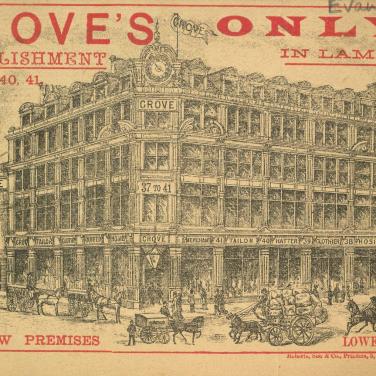 Notice: Grove, the great clothier, 1885 © The British Library Board

Notice: Grove, the great clothier, 1885 © The British Library Board 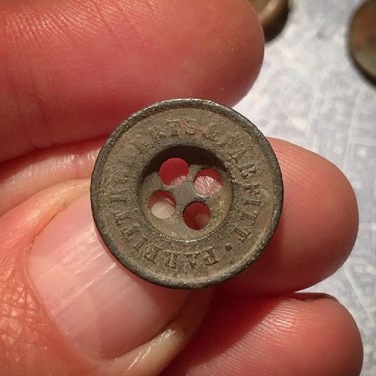 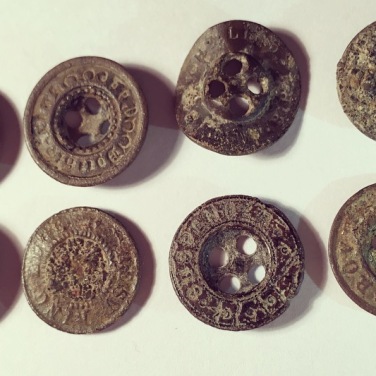